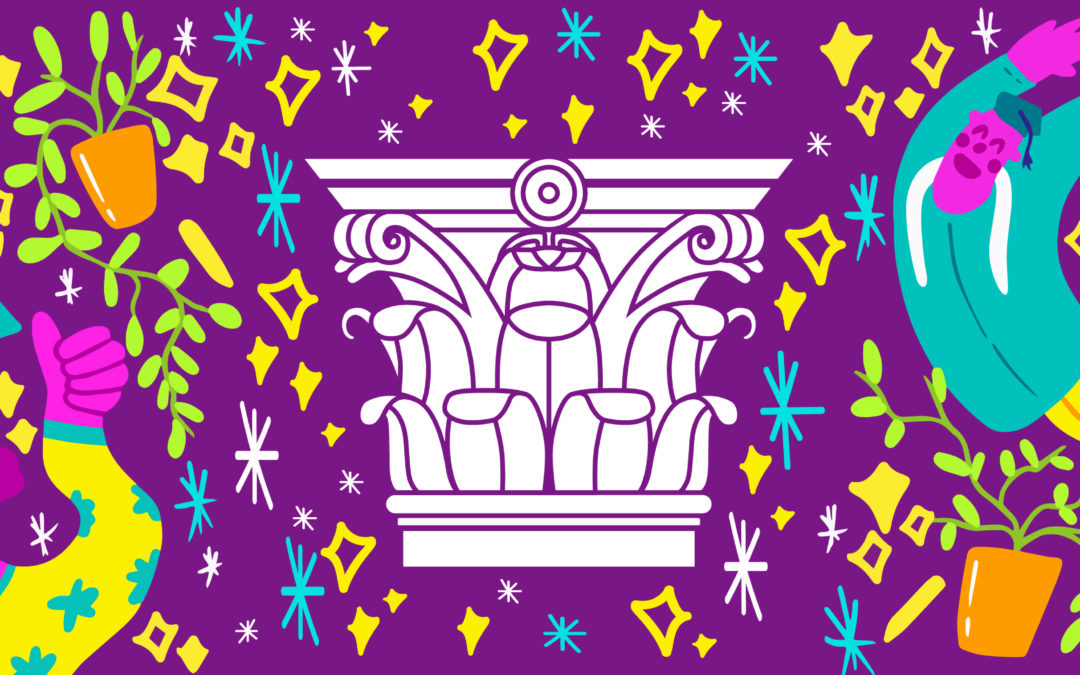 Hanging in the foyer of the Central Library is a beautiful portrait of the Founder of The Fort Worth Public Library Foundation, Betsy Pepper. What one cannot judge from that portrait is the fact that Betsy is of petite stature and a force of nature. Her vibrant personality, sharp mind, and big heart for the community of Fort Worth will continuously impact the generations of our city.

New Jersey-born and a graduate of Smith College, Betsy came to Texas in December of 1968 after meeting George Pepper in New York City. They met in April as credit analyst trainees in a large bank and were married seven months later. George’s new job in Houston brought them to the Lone Star State. From the time she arrived in Houston, she volunteered extensively as a young adult. “I was involved in this great Bizarre, we collected items and had a huge sale on the roof of the Joske’s parking lot. We raised money for scholarships for girls going to the seven sister colleges. At that point in time, I was 23-24. Ever since then I have always been on boards and had leadership responsibilities, some in the church.”

What shaped her generous spirit?

“My parents who were people of modest resources always gave, always gave, it did not matter they always gave selflessly. I had an internal understanding of ‘to whom much is given, much will be expected’. I always felt very strongly about that.” She also recalls the impact of the President of Smith College. He exhorted his students on their fortune to have their education. He commanded them to go forth in the world and do good. He charged them to make a difference wherever we went and whatever we did. Betsy took that to heart.

Betsy and George moved to Fort Worth in 1973. As she raised her family, they would frequent the Ridglea Branch of the Library, however, her involvement came with an invitation in 1990. David Chappell a newly elected City Councilman invited Betsy to serve on the Library Advisory Board.

“The seminal moment” came for Betsy when she learned from the Library Director Linda Allmand, and the Board Chair that the “library was the sleeping giant in Fort Worth.”

“The reason was they told me that Fort Worth in terms of usage. Usage is defined by circulation per capita. It was the case then that fewer than 25% of Fort Worth residents have a college degree.

That was a shock to me! All my friends had college degrees; however, we were a blue-collar city. That was a big surprise to me. Cities like Fort Worth are big library users. That demographic uses the library. That is what I learned at that point in time. The other factor was that Fort Worth had the highest usage in the South and Southwest corridor of the US second to Fairfax Virginia. Fairfax is a city filled with highly educated people and diplomats. That meant that after Fairfax County Virginia, Fort Worth residents were using the library more per capita than anyone else the combined south and southwest quadrants of the country.”

What moved Betsy to action was the direct impact the housing crisis of the late ’80s had on the library. The city “cut the money because tax revenues were way down. They cut absolutely everything, they cut hours, they cut staff, and they cut materials. The librarians under the leadership of Linda Allmand were so committed to the library, rather than lose a colleague they would take unpaid vacation. Together they generated enough in the budget to not lose so many staff members. The leadership of Linda, the commitment of the staff and their commitment to the library made a huge impression on me. The Central Library was a basement-level facility that had 102 leaks. When it rained, the water would start dripping. The librarians were the bucket brigade. They could not afford to build walls. Since I had decided the library was the sleeping giant of the city and with all the other things I had learned: I thought ‘if I did not know these things, my friends don’t know these things, nor do most people in Fort Worth’.”

As the situation became more dire Betsy asked Linda a seminal question. “We have all these great hospitals, we have all these museums, we have this great stuff much of it funded by private philanthropy, is there any precedent for a private foundation to support a public entity?” Linda shared that foundations were beginning to emerge all over the country. Libraries needed help. The Astor Foundation in New York was giving vast support at that time to the Central Library at 5th and 42nd Street.

“At our next Library Advisory Board meeting, I recommended that we create a foundation”. Betsy chaired that committee, and thus Fort Worth Public Library Foundation was chartered in 1993.

Betsy and her small team worked very hard. Through setbacks and very hard times, Betsy’s mantra was “Ladies, despair is a luxury we cannot afford.” Over her 20-year tenure, they built a robust board, raised money for programs, rebuilt the Central Library and brought City Council to the table to halt the cuts and closures and to begin fully supporting the Library. Today the Library is being led by another Texas Librarian of the Year like Linda Allmand, Manya Shorr. It is a new day for our libraries and their reach into our community. From high school equivalency classes for Spanish-speaking residents to maker kits for young learners, the Foundation is able through generous donors, to continue the legacy of growing library impact in Fort Worth beyond city funding.

Today Betsy just finished serving on the Executive Committee of the Friends of the Smith College Libraries. She currently serves on the Ambassador Council of the UNT Libraries. “That is all because of my experience with the Library here. I always did what I could. Frequently, my philanthropy was in ‘gifts of time’. I have given gifts of treasure as we could. As we have gotten older and progressed, we are able to give more gifts of treasure than of time and energy.”

Thank you, Betsy Pepper, for your time, energy, as well as your tenacious and generous spirit. Thank you for the legacy of the Fort Worth Public Library Foundation.

The Fort Worth Public Library is no longer “The Sleeping Giant of Fort Worth”. It is a vibrant library system that is delivering impact to the community of Fort Worth every day!