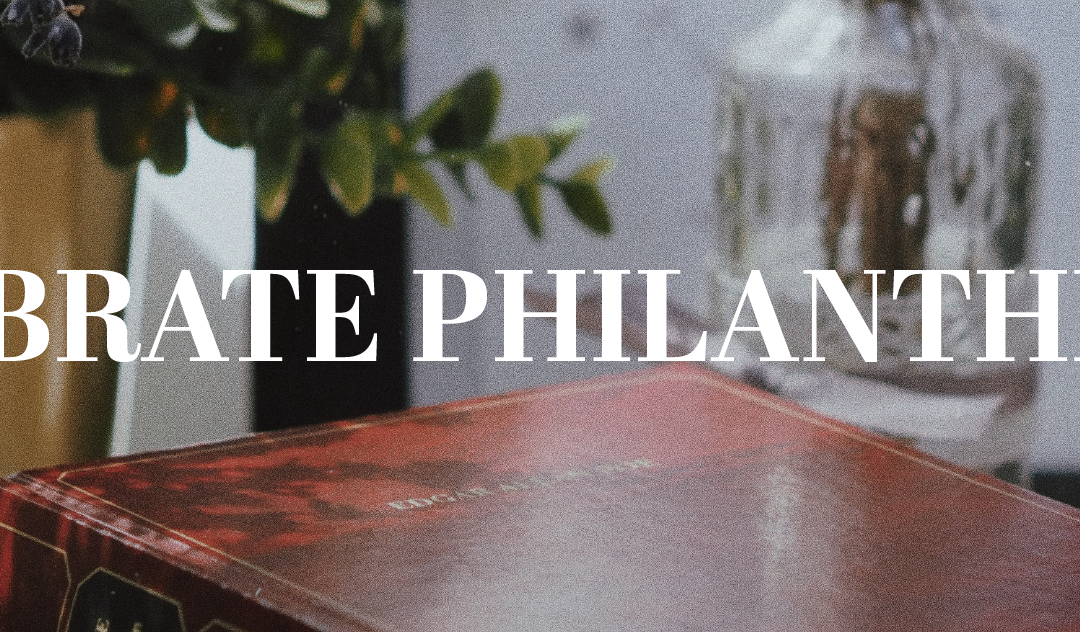 Meeting Dr. John Freese means that groundwork will be established to understand the extraordinary history of Fort Worth and the tremendous opportunity before us to continue in the tradition of the philanthropy that has made this city great. Dr. Freese’s light burns bright for the enormous potential he sees in Fort Worth. “In all the institutions of higher education in Fort Worth and surrounding communities,” John sees as an opportunity for Fort Worth Public Library to house a reference library for non-circulating books and collections. This dream is what brought Dr. John Freese to serve on the Foundation board for a decade. A definition of philanthropy is “something, such as an activity or institution intended to promote human welfare.” Most of us think of philanthropy in terms of giving treasure and time to make the world a better place.

Meeting John Freese, I discovered philanthropy in his family, heritage, and vocation.

The love for books runs deep in the Freese family history. Dr. Freese was exposed to rare books through his father’s collection as well as members of his wife Jane’s family. John’s mother Eunice Brooks Freese was President of the Women’s Wednesday Club from 1953-1954. The original Women’s Wednesday Club founders in the late 1800s created their group to gather in living rooms to study books together to become more learned and educated. Their husbands would carry their books to and from the meetings. While the ladies conversed over their studies the husbands would smoke cigars in another room. These ladies were the founding members of the Fort Worth Public Library Association which raised funds from Andrew Carnegie to build the original Carnegie Public Library completed in 1901. The Fort Worth Public Library Foundation’s annual Cigar Smoker Event is a fundraising tribute inspired by these remarkable women.

“That we, the undersigned ladies of Fort Worth, recognizing the need of a free, public, circulating library, and desiring to encourage learning and fine arts in our city, do associate ourselves to gather for the purpose of establishing a public library and art gallery…”
– from Charter of The Fort Worth Public Library Association April 25, 1892

If you spend any time with Dr. John Freese you will be invited into his passion for special collections and non-circulating reference materials. Dr. Freese’s presence emanates an old-world dignity. He comes from a lineage of engineers and educators thus his inclination for study, history, and detail. What are “Special Collections” and why do they matter? What is the difference between a special collection and a personal library? A personal library is the books that we purchase over time that accumulate on our bookshelves. A special collection is rare books that are collected around a theme. The theme can be specific works of an author, subject, or category.

Leah Dobrinska in her blog: A Brief Guide To Rare Book Collecting: dated September 4, 2015, describes it this way, “Collecting rare books is at once a hobby, a passion, and an art form.”

Dr. Freese’s life is full of his passion for collecting. He inherited his “dad’s books.” Today he is still actively collecting and exuberantly helping others collect. Of his current focus, he says: “I just got 30 banker boxes of books out the door to a friend that is younger than I, who just retired, that is collecting. We travel together to go find books. He has an online business. That has stimulated my book business. I want the TCU School of Medicine to be successful, so I stay in touch with the Dean there. I have stimulated a small insignificant collection of medical history books that The Special Collections at TCU have accepted. There are other things around that we are trying to recruit into that. There is a guy that has a Vesalius anatomy text from the 1547 manuscript. I know where some of the stuff is. I have gotten a good bit of one collection and a little bit of another and then what I had I added to TCU”.

“I want a good reference library for Fort Worth. I would like for all the Universities to have a common catalog at the reference library. They would not only know what is at their institution’s reference library, but they would know what is at each institution’s library and vice versa. This would allow all our higher education libraries to use the reference library to augment their libraries.” Regional libraries that have collections and materials that Dr. Freese admires are the DeGolyer Library and The Perkins School of Theology at SMU. He reflects that Perkins has “a remarkable Bible collection. They have a collection of a printer out of El Paso named Herzog. Herzog is the finest printer that Texas has had. They have a Herzog collection at Perkins that I have not seen yet.”

When he describes his tenure as a volunteer for the Foundation where he led the “Special Collection Committee” on the Board of Directors he says, “The Foundation wanted to do creative things they felt would develop the library as a cultural institution rather than a public utility used to check out popular books.” From his experience and observation, he concludes that he “is convinced that special collections are not a justifiable city tax function. The city has been very supportive in developing things in the past. The way things evolve is that cultural institutions that are successful and ongoing are city and private partnerships. Everything we have has been supported by the city to get it going, but their evolution and growth is not a city function. There is enough history and philanthropy in Fort Worth, not as much money as Dallas, but we have money to get it done!”

Thank you, Dr. Freese, for sharing your passion, time, and treasure with the Foundation through the years.