In addition to the main exhibit downtown, other library locations will celebrate this unique exhibit with wonderful programming for adults, children, and families. 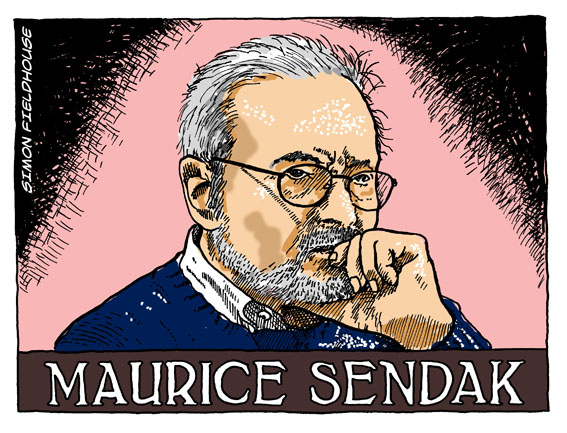 Maurice Sendak illustrated more than one hundred picture books throughout his 60-year career including the 1963 classic and Caldecott Medal awarded Where the Wild Things Are, as well as Chicken Soup with Rice and In the Night Kitchen.

Born in Brooklyn in 1928 to Jewish immigrant parents from northern Poland, Sendak grew up idolizing the storytelling abilities of his father, Philip, and his big brother, Jack. Aside from a few night classes in art after graduating high school, Sendak is a largely self-taught artist. Throughout his career, he has taken characters, stories, and inspirations from his own neighbors, family, pop culture, historical sources and long-held childhood memories.

He won numerous awards as both an artist and illustrator, including a Caldecott Award, a Newberry medal, the international Hans Christian Andersen Award, a National Book Award, the Astrid Lindgren Memorial Award, and a National Medal of Arts. His books continue to be read by millions of children and adults and have been translated into dozens of languages and enjoyed all over the world.